Photos of area to be excavated.

The area to be excavated, designated as T-18 "Northern Extension," lies to the north of the north wall of the monumental building complex.  The area was first excavated by Jenifer Neils in 1972 ( see JN I ).

Still visible in the area excavated by J. Neils are the foundations of walls of two rooms.  An east-west wall defines the southern boundary of the rooms which are separated by a north-south wall.  The eastern room is designated as T-19, the western as T-18 (both "north extensions").  The rooms have been excavated, perhaps down to a floor level.  Large amounts of pottery were removed from T-19 (see JN II and JN III ).  For the stratigraphy of room T-18, see JN I, p. 172 .  For a plan of the area with plotting of tile and pottery layers, see JN I, p. 184 .

The grid system used by J. Neils will be adopted herein. 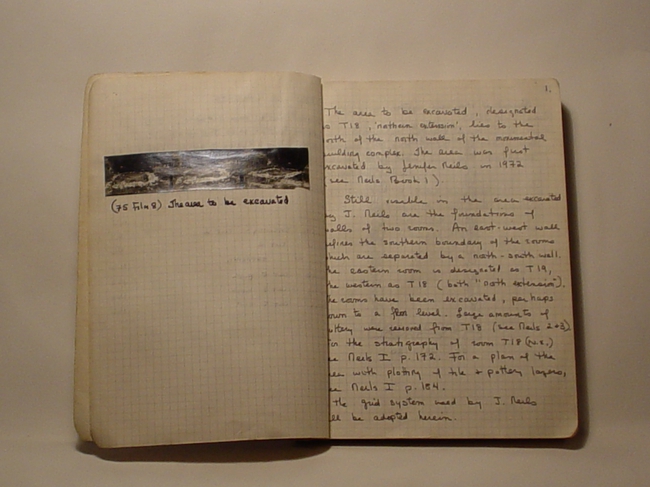