In order to test possible column bases at the junction of the northern and eastern sides of the courtyard of the Santuario tow small testcuts were undertaken at T8 grid A 25-27.  Dirt was removed, but no definite traces of a round foundation appeared.  Work will continue.

Some testing was done in the Southern wall fo the Northern flank.  This wall is very poorly preserved since the bedrock sticks up at the head of the foundations.  Three "pockets" in the wall were tested to see if there were any trace of foundations below the accumulated dirt.  These three

A few tiles and sherds were found in each of them.  There is no clear indicaiton of foundations.  The stones that appeared are probably bedrock.  A fragment of an animal's leg in terracotta was found at 1AA. 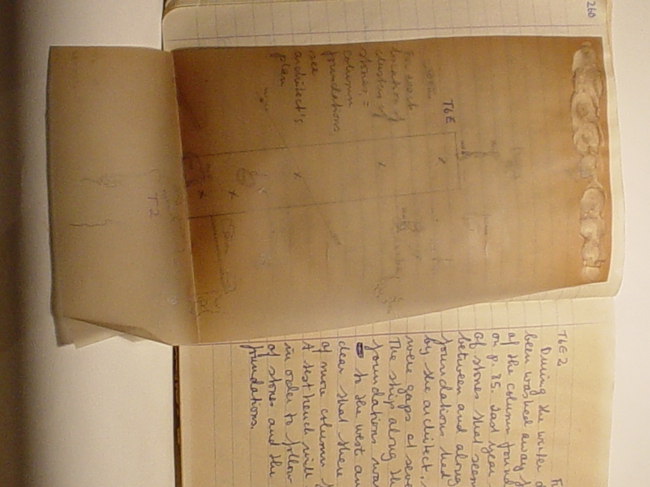